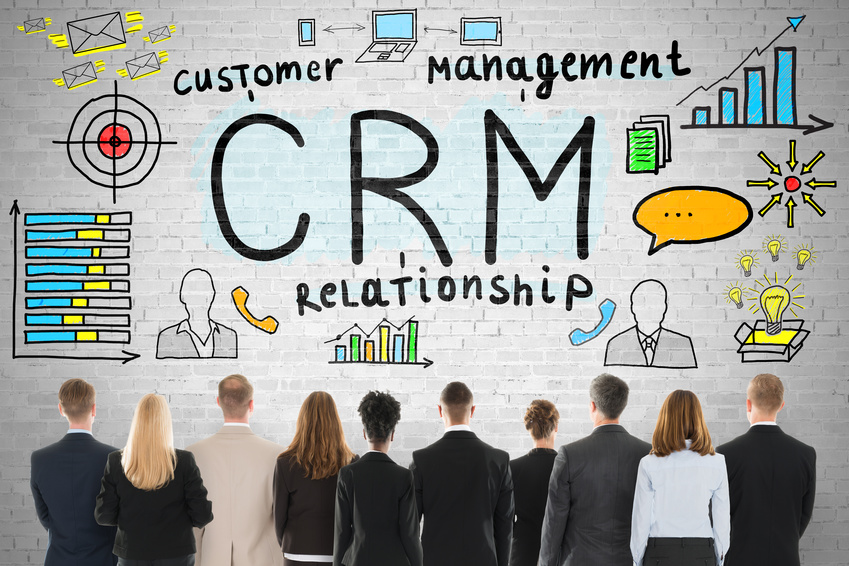 A Customer Relationship Management (CRM), is beyond just a software application, it is a methodology that allows businesses to acquire relevant information about its customers so as to learn about their needs and behavior to help develop a better relationship with them.

A CRM tool is a solution that can really help any business, but startups in particular, to showcase credibility to investors. There are reports of start-ups that were able to secure several stages of funding due to the use of a good CRM solution.Having one in place is extremely crucial, especially when you begin your outbound process and start to hire out the sales team

Once your business starts to expand, you will benefit from the advancement digitalization has had upon the product and service fields. There are various SaaS products available in the market, such as CRM software, or automation software that can introduce enhanced sales management to your business process.

Consequently, it helps speed up the growth of business whether it is already established or a start-up.

Reasons Startups with CRM are able to Influence Investors better on Uprise.Africa

1. Better Forecast and Estimation
An investor is concerned about two things, the performance data of a start-up and its growth potential. CRM when properly utilized captures these two factors perfectly. It provides information on the achievement of the start-ups in real-time and their future prospects. Business founders need substantial information about clients and projections to build a more powerful pitch for investors. Data provided also allows investors to examine whether the start-up is accurately valuated.

2. Start-up with CRM become Process-centric
A start-up’s success depends on their product and processes.  If the start-up has good processes but an unexceptional product, there is still room for improvement. However, if the processes are mediocre and the product is top quality, it is set up for failure. Efficient utilization of CRM solution makes sure the start-up has an effective operational process. Moreover, it shows investors that a start-up favours strategy.

3. CRM shows the Monetization method
Another point crucial for startups to consider is taking care of their customers, aside from products, this factor determines the growth rate of the start-up.
CRM is not just a tool for attracting investors alone. It is utilized so the business can grow in an organized way, and making use of technology to achieve that.

4. Transparency
Transparency is quite important to investors, for example, if as a start-up on Uprise.Africa, you are making claims of huge sales volume but can’t back it up with anything except invoices. On the other hand, we have another start-up that is able to back up its sales figures with data on customer interactions such as purchase pattern, number of purchases, etc. Investors would be more convinced about the second start-up because there is proof that actual transactions taking place.

Transparency in your startup transactions and cements the trust between the business owner and investors.

CRM software allows start-ups and SMB’s to manage their ever-growing contact list with ease. In addition to that, it also allows you to divide responsibilities, leads, and accounts among-st the available human resources.

With the increasing number of start-ups vying for investment on Uprise.Africa platform, start-up founders should keep in mind that authenticity is an important factor that investors are looking for. This value is not derived from complex presentation, pledges or impractical projections.

To give your start-up the authenticity it needs to successfully conclude its equity crowdfunding campaign, you have to be able to present evidence of the concept you are pitching along with past performance data. The data should show commitment, processes adopted, and finally the growth pattern of the start-up

Start-ups with all this information are more likely to secure more investors willing to commit through equity crowdfunding campaigns.

Find out more on how to secure investment on our website http://localhost/uprise_africa/. 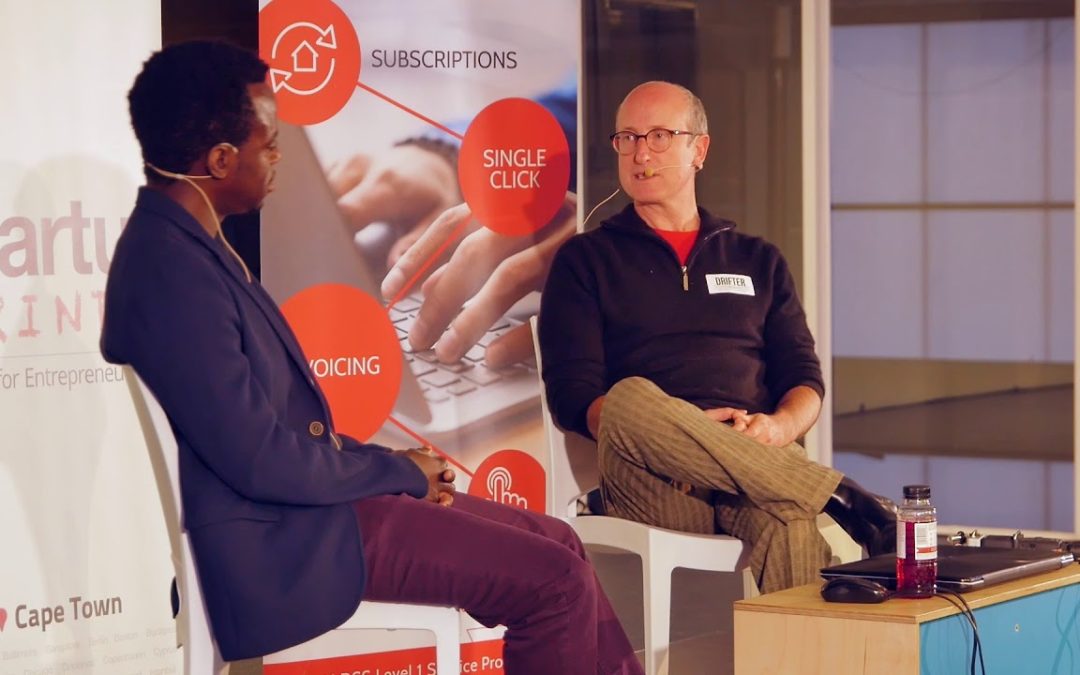 Uprise Africa Making a Difference in the Society

“What counts in life is not the mere fact that we have lived; it is what difference we have made to the lives of others that will determine the significance of the life we lead,” – Nelson Mandela.
Uprise Africa has replicated this quote as the equity crowdfunding platform continues to enable the ordinary person to enter the investment arena and buy shares in a convenient way. The user-friendly platform affords ordinary people opportunity to invest as little as R1000.

Investors are able to realize their financial dreams as the chance of seeing the company they would have bought shares is always promising, more so based on the stringent due diligence process performed by the team of experts tasked with ensuring which start-ups are brought into the platform to raise funds.

So by enabling the lowest strata of the society, assuming that R1000 investors are drawn from there, Uprise Africa is playing a significant role in society by transforming the lives of ordinary people. In a country where jobs are scarce, the low level citizen who might have hustled a thousand rand is able to grow their wealth and become “somebody” in the quickest of time. High probability is that as the company they would have invested grows, simultaneously the investor’s share value appreciates.

Uprise Africa is also making it easy for those keen to create wealth through honest means do it with a company that has client’s (investors) interests at heart. The platform is an empowerment innovation that South Africa needs. It vision of making everyone financially empowered should be lauded as it is determining the significance of the life it leads. Prospects for the long term looks bright, as its stock and reputation have both dramatically increased, especially on the back of the recent overwhelming success of raises for two companies, Intergreatme and Drifter Brewing Company.

Visit www.upriseafrica.com for more on investment or share buying deals. 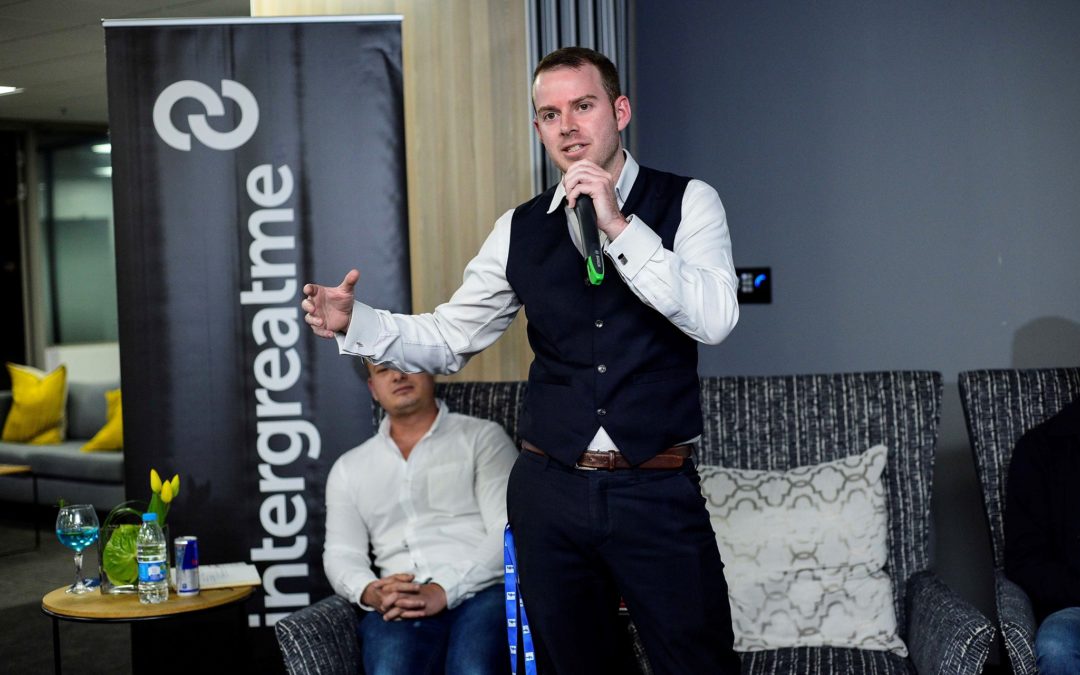 Content goes here
For many people in corporate South Africa, every day starts out pretty much the same, the morning traffic rush, the wake-up cup of coffee, a quick check of the daily diary, then getting ready for meeting after meeting.

That is probably what certain 3 young men probably expected from their day when they woke up one day in early 2016, unaware that their paths were about to collide and they were about to hit upon one of the most groundbreaking business ideas of our generation.

But the story of the founders of this start-up started many years before as each young man struggled in the race to find themselves, find a unique niche in business to fill and find each other.

Luke Warner grew up in Cape town and overcame many challenges as a young man, starting from the age 6 selling wares from door to door before child protection services took him away, put him through foster care and finally had him placed in an orphanage for 10 years. The young Luke never let obstacles stand in his way though, and soon become a rising star on the local kickboxing circuit and even picked up some medals silver, bronze & gold for South Africa by 2008, though you would never guess looking at soft spoken tech-prodigy now.

Co-founder, Luke decided not pursue professional kickboxing but to take himself through school, working odd jobs like delivering scooters pizza, working a Mr. Video, Spur and feeding dogs whatever It took until he managed to crack an engineering degree at UCT. Shortly after he landed a job at standard bank under their graduate program.

Luke “It doesn’t matter what odds come our way, its normal for us to overcome them, those are the kind of people we are and that is the kind of work ethic we have started this business with”

Though he did not quite have the same upbringing, co-founder James Lawson, equally had to work his way to the top. In the world of business, as he says himself, James has “has been around the block” working oversees and locally, in banking, for companies like Ernst & Young, had a stint in journalism and did some programing and worked in the tech sector and still managed to get an MBA from Gibbs business school. James says working in such diverse sectors gave a chance to glimpse a cross section of how various systems in the business world are operated and already he was seeing one disturbing similar across the board that has been frustrating customers across the world for years.

Already the motivating factors for this business idea were taking route.

“Questioning the status quo. Asking, should this be done at all? Why are we doing this this way? What is the root cause of this problem? These are the kind of people we have always been “James.

Life started out very differently for co-founder Dewald Thiart who hails from a small little mining in East Driefontein. He had the typical small-town upbringing, with big dreams joining a technical school soon after standard 7, he went on to study electrical engineering. At age 17 he joined Standard Bank at the bottom of the corporate food chain but quickly rose became the youngest junior manager at the bank at that time. He didn’t end there, ending up in senior management before leaving the bank to start his own business.

“I discovered a part of myself through that journey, I realized that I’m actually a problem solver” Dewald.

Dewald tells the story of how he met Luke through a mutual friend from Standard banks incubate program who he says told him “Dewald, you are either going to meet your competition or you’re going to meet your match, you just have to meet this guy”

The “blind date” with Luke went better than he expected as they realized that this could be the making of an amazing business idea. So, by the time the two of them met with James a few days later, with his contribution the business was founded organically from that point.

The result, INTERGREATME, is a web mobile app that and allows users to effortlessly upload their personal information and documents to the platform, once and seamlessly share with any service provider that requests it, keeping the data safe with a layered, end to end security encryption system. The system is designed to do away with the archaic and frustrating method of physically filling in personal detail forms.

Through Uprising Africa’s equity crowdfunding platform, the startup managed to raise over 32 million rand in less than 2 weeks with about 400 people investing. This just bears testament to how many people believe in this ground breaking innovation.

So, this start up founder’s long-term dream Is that in the same way people searching for information online say I want to GOOGLE this information, soon when someone ask anyone to fill out a form, they will simply say…INTERGREATME!