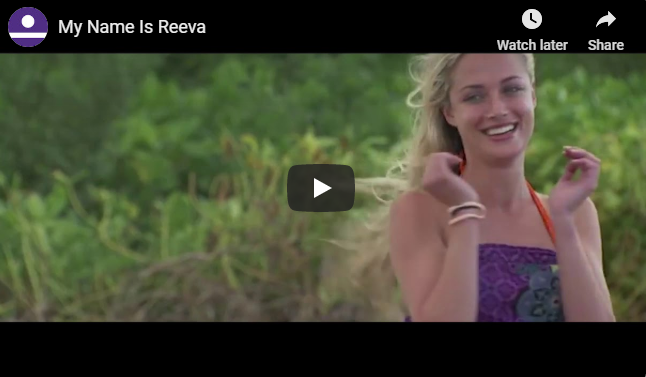 Uprise Africa raises funds for “My Name Is Reeva” Documentary

Uprise Africa’s award-winning record and growing reputation, as one of South Africa’s top crowdfunding platforms, has seen it being given the honor of partnering with the #ReevaRebeccaSteenkampFoundation to raise funds for “My Name is Reeva”, the new “tell-all” documentary film (series) on the late Reeva Steenkamp.

The campaign is targeting to raise a whopping 40 million rands! The campaign has for now been opened to private investors but is set to be open to the public in just a few days time.

Uprise Africa made the announcement on 19 August 2019, coinciding with Reeva’s 34th birthday commemoration.

The commemoration day passed as SA communities, with women’s challenges at heart, remembered her as an individual who had a voice. Her dreams were short-lived after she was brutally murdered on the 14th of February 2013 by celebrity athlete Oscar Pistorius.

In her honour, Uprise.Africa, an equity crowdfunding platform, is, therefore, facilitating fundraising for the documentary series, set to be produced by Director and Co-Producer Warren Batchelor and Co-Producer Tony Miguel.

The film delves into the personal story of Reeva Steenkamp through the eyes of her loved ones, including her mother June Steenkamp, who wrote a book titled Reeva: A Mother’s Story, and her father Barry.

It will focus on Reeva, her story, the impact her murder and trial had on her parents, family and close friends. The trial made history as being the first murder trial ever to be televised live in South African history, heightening worldwide interest, but failing to reveal the truth of what happened that night.

The ensuing trial was accompanied by a media furore, followed globally. The emphasis, however, was focused primarily on the convicted Oscar Pistorius, giving no voice to the beloved Reeva Steenkamp and tragically it is his version of events that still lingers in people’s minds. He reduced Reeva to being nothing more than a victim. This is not unusual in South Africa, where the rate at which women lose their lives is at its peak with hundreds of them murdered daily by their partners. They too are victims without a voice. Reeva’s loved ones want this documentary to stop that trend by giving her a voice from beyond the grave.

“Through this documentary, we are determined to tell Reeva’s story, people will get to see another side that seeks to answer some of the questions that have been left unanswered, the truth and who Reeva was. She would want us to do this for her,” said June Steenkamp.

“Uprise.Africa is proud to be able to facilitate this project especially during Women’s Month on an issue that affects so many women in SA. Investment in this documentary should be seen as our gift to Reeva on what would have been her 34th birthday today. The funding will be open to private funders during the launch and will be open to the public in due course, concludes Tabassum Qadir, CEO of Uprise.Africa.

Before her death she was a law graduate, aspiring model and reality show contestant; all that made her a household name in South Africa.

For more information on this campaign and other home grown investment opportunities  on our website visit:https://uprise.africa/view_pitch/mynameisreeva. 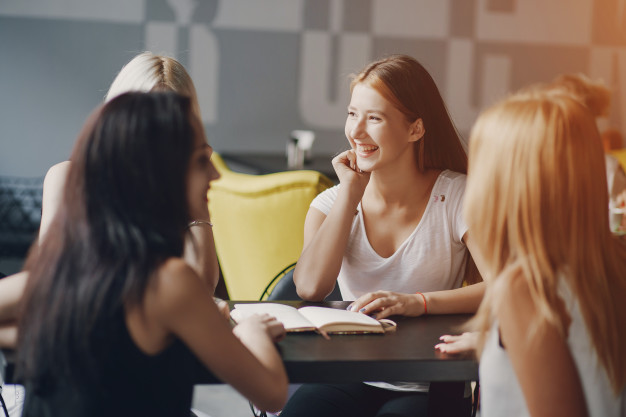 It’s halfway through the year, and what a fantastic time it already has been so far. Unbelievable and exciting how quick we maintain the streak of unlocking new and innovative campaigns. The pace we are doing it is good for all – foremost being prospective investors, followed by the economy and then the job hunting market.

Also, we take pride in the fact that the campaigns are coming in all shapes and sizes, from entertainment, beverage / FMCG, sport, transport to tech industries. This wide selection of new start-up companies caters to many investment tastes, and we are confident their translation into more people with the ability to in the end find not only something they want but precisely a start-up worthy to invest in.

Taking you back in time a bit, though the LULA campaign ended without reaching the targeted goal of funds raised, we can confidently state that the campaign had quite encouraging exposure as indicated by the coverage by radio and television stations. Both media platforms giving the brand much-needed mileage and driving further opportunities into LULA.

For example, one of the opportunities is that LULA managed to partner with Cape Town’s globally famed V & A Waterfront, to commence the provision of reliable and safe transport for We Think Code, a non-profit technology university. The two companies are now running loops for students and staff returning home every evening.

An innovation that’s truly pioneering in the South African transportation industry, LULA is an app that answers the need to connect corporate commuters to private shuttles on their way to and from work. LULA came to Uprise.Africa to ensure the very people who ride daily to work to reasonably and profitably get a piece of the action. Investors’ buy-in into this company demonstrates that they are ready to join the growth and innovative business in its early phases. Investors elected not to be left behind one of SA’s most exciting technologies in the urban transport industry.

Our confidence is high that as unpack more new campaigns, those with cash to spare will get to ride on to the financial empowerment bandwagon sooner than later. Which brings us to more exciting campaigns coming up on the Uprise.Africa platform. Names include Beerhouse and Sunexchange, among many others that investors will be hearing more about in the short term.

Lastly but not least, in other news that you may have missed, Integreatme CEO Luke Warner had the honor of being featured as a speaker, at the 2019 Forbes 30 Under 30 Meet-Up that ran in Johannesburg on 28 June. We derive great joy in Luke’s presentation at Forbes as it comes on the back of his company’s record-breaking fund-raising feat through Uprise Africa.

Our website https://uprise.africa/ is always laden with information, on how you can take your business to the next viability level/ends. 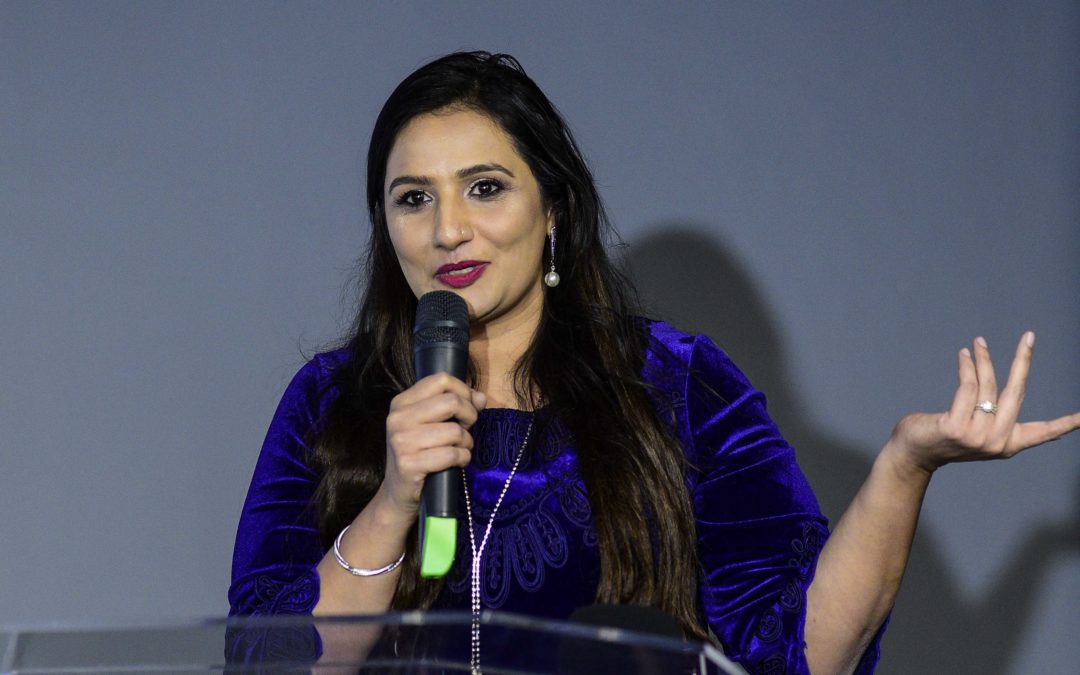 Uprise. Africa’s emergence on the South African equity crowdfunding sphere offers a welcome break for entrepreneurs or start-ups looking to raise funds and who now have a perfect solution to the problems new businesses normally face within easy reach.

The Johannesburg based equity crowdfunding firm aptly flexed muscle in the industry, with a well-attended and highly interactive launch of one of its client’s Integreatme, in Sandton.
The experience was impressive and electric as an enthusiastic, multiracial guest list took turns to ask robust questions on how to invest in the Regtech platform Integreatme. The event must be the most talked about at the moment and may well be in the rest of the year in South Africa and even the African continent.

For those not in the know, Uprise.Africa broke South African and African records as the Intergreatme equity drive finally netted a whopping R32-million that is way past the initially targeted R24-million.
With the manner in which investors tripped themselves up to invest in this potentially global tech player, there was no doubt the amount wasn’t a long short. It would be much safer to say the buying would have gone and on as people realized the emergence of Integreatme is really a tech giant in the making – set to be in the league of players like Apple.

The initiative made it possible for everyday South Africans with a minimum of R1000 (and a maximum R5-million) to invest in a local tech business that rivals the best in global regulatory technology.

Intergreatme has a vision to craft a world where consumers never fill out a form again. The award winning Regtech Platform (Web and App), is fast becoming South Africa’s go-to technology platform for small, medium and large businesses to consume verified personal information on demand. Consulting to various Telcos, financial institutions, they are leaders in technological solutions and partners to some of the world’s most trusted source databases and perfectly positioned to be the next “Apple” or “Google” of our time.

“The frustration of constantly having to fill out forms and carry personal documentation on-the-go, is a daily issue facing every citizen in this country,” says Luke Warner, cofounder of Integreatme.
“We addressed this frustration by developing an award-winning web and app platform, which transforms onboarding for businesses and digitizing personal information for over 25 million credit active South Africans. Now we are looking for capital to take our business to the next level, and to benefit ordinary citizens in the process,” he added.

Warner and his team have dreams to extend Integreatme beyond South Africa’s borders to reach the estimated five billion credit active citizens globally.
“The market potential for our product is vast. Regtech has been described as the new wave in fintech,” Warner said.

According to Forbes, research conducted by The Trade, US banks spent $100-billion on compliance in 2016 alone. Demand is growing globally for identity compliance and recent fines imposed on large corporates, such as MTN in Nigeria, who fail to do so, point to the need for tighter risk management and its automation.

“The crowdfunding campaign for Intergreatme was a historic moment, and one which we hope will fundamentally change the current funding landscape in South Africa,” said Tabz Qadir, CEO of Uprise Africa.
Warner and his team hope that the crowdfunding initiative via Uprise Africa will pave the way for smaller startups to seek funding and validation by ordinary people as well.
This is history in the making and Uprise.Africa is fast-moving and proving to be the country’s go to source for raising funds for entrepreneurs. Watch this space.