The greatest legacy you can give future South Africa in Heritage Month! 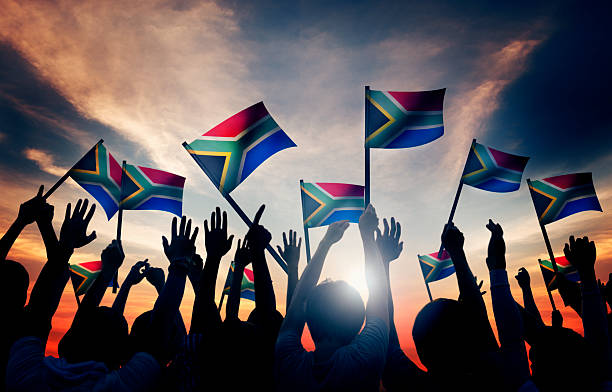 When it comes to uplifting the country’s “PROUDLY SOUTH AFRICAN” brand, Uprise Africa stands high on the list of notable businesses that are working tirelessly to uphold this legacy.

So as we celebrate this year’s Heritage Month, let us take some time to understand the history of one of the first companies that has brought one of the most globally acclaimed, pre-eminent ways of promoting empowerment, equity crowd funding to Africa.

Since we are talking history, let’s take a quick trip down memory lane and remember why Heritage Day is even celebrated. Traditionally, the 24th of September was known as Shaka Day, a date set to commemorate Shaka, the Zulu King, who has become somewhat of a folk legend in Mzansi.

So, he was celebrated on this day for his arguable contribution towards keeping peace between feuding Zulu clans.

Then, of course, in 1994, upon South Africa’s independence, the Public Holidays Bill was presented in parliament, although the 24th of September was not yet a proposed holiday. After a bit of back and forth on the political arena, which we won’t go into detail, a compromise was reached and this day was made official and re-named Heritage day.

The new identity of Heritage Day was to celebrate the people of diverse cultural backgrounds that form part of South Africa’s rainbow nation status. It also played an important role in nation-building and empowerment of South Africans, which is the core founding principle behind Uprise Africa.

In the last year, Uprise Africa has run successful equity crowd funding campaigns for businesses that are now well on their way to becoming house hold names. Case in point is Drifter Brewing Company, one of South Africa’s top craft beer manufacturers and a favourite among the locals.

Drifter now distributes to over 360 stores in South Africa and exports to Zimbabwe and Namibia. They have also obtained partnerships in the US to begin exporting to Texas, Florida and Washington DC and have formed relationships for future exports into Europe and Asia.

Without a doubt our most successful venture has been one of the nominees for startup business of the year, Intergreatme.

Intergreatme is a global digital identity platform that can be integrated into your business in less than one day to bring identity verification and secure multi-factor authentication in seconds.

One can also start verifying customer information without doing any technical development by simply setting up an Intergreatme Account.

This is the sort of empowerment equity crowdfunding affords small businesses in a way traditional financial capital raising platforms could not.

Remember, the key difference between traditional crowdfunding – that is the act of sourcing venture capital from a pool of people across the web – and its equity variation, is that the latter gives backers equity in the business.

Which means ordinary citizens in South Africa are also equally empowered by getting the chance to invest in cash cow businesses, where they previously could not.

Since its establishment, Uprise Africa has continued to help bridge the gap between upcoming, homegrown startup businesses and the investing South African public.

Surely, there is no greater heritage one can give the future South Africa than this! Celebrate Heritage Month by empowering a fellow South African and also empower yourself with Uprise Africa.